An allegedly drunk 54-year-old man who is diagnosed with a mental disorder was arrested by policemen in Calhoun, Georgia while walking down the road, supposedly a minor crime. Instead, the man spent a week in jail unable to pay the cash bond. Now the man is the center of a movement to dismantle the foundation of the American criminal justice system.

According to NBC News report “The man, Maurice Walker, spent a week in jail because he was unable to pay the $160 cash bond required of anyone arrested for “being a pedestrian under the influence of alcohol.

While he waited to see a judge, a civil rights law firm took up his case, filing a lawsuit that accused the city of violating the Constitution’s guarantees of due process and equal protection by keeping poor defendants accused of minor crimes jailed before trial.

The case drew interest around the country, with police and bondsmen siding with the city and the U.S. Department of Justice filing a brief in support of Walker. It has landed before a federal appeals court, where it is being watched as a potential bellwether for reform.”

While the case above has drawn criticism about the defendant not being able to post a bail bond,a recent case in St. Louis, MO does not appear to drawing the same attention.Jo’Von Mitchell, will be face charges of armed criminal action and first-degree assault on a law officer that he shot on Thursday night in St. Louis County. The police officer, whose name was not revealed, was released after treatment for his two wounds on his left arm. Suspect’s cash bail will set at $250,000.

As reported in stltoday.com says that “Four officers went to his home in 10400 block of Royal Drive in Castle Point neighborhood of north St. Louis County, about 10:40 p.m. to arrest him on a warrant charging him with felony unlawful use of a weapon for allegedly firing a shot in his neighborhood that hit a vehicle on July 12. Nobody was hurt that time.After the officers knocked on his door, Mitchell came out a side door and starting shooting.” 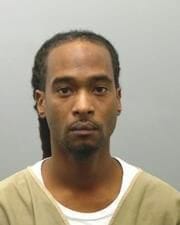 Sgt. Shawn McGuire said “Officers did not have a chance to return fire before he went back inside. One officer used a patrol car to rush his wounded colleague to a hospital while the two others kept watch pending arrival of help. A tactical operations unit surrounded the home.At 2:15 a.m. Friday, Mitchell and two women came out voluntarily. The women were not held.”

Police Chief Jon Belmar says “The officer is ready to go back to work after treatment for two wounds in his left arm that might have been caused by one shot or two.” Belmar said he didnt know when the officer would return to duty and it’s possible that more charges might be filed against Mitchell later.

While bail is not designed to be a punishment, it is designed to encourage an individual to show up in court for any hearings until his or her case is disposed of. Whether or not cash bail, and when it is imposed is a violation of ones constitutional rights, is something that the courts will be weighing in on soon.


Find Bob Block Bail Bonds at any of the social profiles below:

Bail set at $250,000 for Idaho man accused of rape, kidnapping | Crime and Courts

Who Qualifies as a Victim of Domestic Violence?