The Greitens administration said on Tuesday that Sheena Greitens was on her way to a coffee shop near her home to do some work when the robbery incident took place. According to the couple, because of the incident on Monday night in St. Louis, Mo, their resolve to fight violent crimes in the state of Missouri has intensified. Greitens is planning to have a talk with the suspects’ families to discuss what the best thing do to to put a stop to children pursuing a life of crime.

According to an article by abc17news.com, “Governor-elect Eric Greitens and his wife, Sheena Greitens, vowed Tuesday to toughen up on crime in the state after Sheena Greitens was robbed at gunpoint Monday night.” 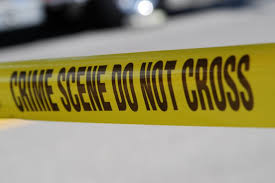 The governor told the reporters that “If we continue down our current path, it will continue to lead to more disorder, more lawlessness, more chaos, people living farther and farther apart from each other, divided by fear,”

The article also states that “Greitens told reporters when he got the phone call last night, his first thought was for his wife’s safety, his second was for justice.”

“I’m glad that the men and women of law enforcement found these young men before I did,” he said.

Moreover, the article gives a brief review about the incident that happened to the governor’s wife, stating that “According to the St. Louis Police Department, it happened just before 6:20 p.m. after Eric Greiten’s wife had left a restaurant in the 3900 block of West Pine Blvd. She was in her car looking at her phone, when her door was suddenly opened by a black male suspect. Police said he pointed a gun at her and demanded property. She gave him her laptop and phone. She told officers she saw several black males run from the scene.”

“We are also aware that what happened to me and my family last night happens to far too many people across the city and across the state,” Sheena Greitens said. “That cannot continue.”

Speaking of fighting violent crimes, justice can never be served if it is only one-sided justice. Along with crime-fighting and serving justice to the public, appropriate investigation must be conducted as well.

Kim Foxx, the cook county states attorney said in a brief interview with Sun-Times,  she believes her office should  arrive earlier during the investigation so as to make sure that it is done properly, and accurately, instead of just waiting for the investigation reports.  The top prosecutor is also hoping that more transparency be allowed, and this can be achieved by giving the public access to the case management database of the office.

In a recent article by chicago.suntimes.com, “Newly elected Cook County State’s Attorney Kim Foxx said on Monday that she plans to be more engaged in the early stages of investigations dealing with police-involved shootings instead of waiting until the Independent Police Review Authority complete its reports.”
“Again, not every police involved-shooting is unjustified. But certainly looking at the evidence after a long gap in time in investigations that you have not taken part in, I think, handicaps our ability to look at these cases in an efficient and effective way.” Foxx said.