In St. Louis’ Shaw neighborhood, neighbors are making it their goal to put criminals in jail because they have had enough of violence. With this, they want to address the problem by raising money to put up security cameras.

An article by ksdk.com states that “The neighbors decided to bypass the bureaucracy of going through the city and fast-track their efforts for some immediate action.”

According to the article, “Tim Horwedel says enough is enough. Horwedel is an organizer of the effort to raise 4 thousand dollars to equip Shaw and Klemm with a camera system to be hooked into the city’s network of cameras, the real-time crime center.”

“Our goal in this project is to sort of identify people who were involved in major crimes and get them locked up, get them out of our community,” said Horwedel.

The article also states that “What happened at the corner of Shaw and Klemm has led to many things like marches and a memorial. It’s where a police report spells out how 18-year-old Vonderrit Myers pointed a gun and fired at an officer and died when the officer shot back.

Since then, it’s been the site of more violence, a fatal double-shooting last month as well as another shooting the month before that broke out during a memorial service for Myers.”

However, it was also mentioned in the article that “Not everyone at the fundraiser Monday night had made up their minds as they weigh safety with privacy.”

It is easy to understand why the neighborhood would come up with a plan to put up security cameras. First, nobody really wants to live with violence for the rest of their lives. And second, crime and violence come unexpected. You never know who could commit it and when they will strike. In fact, even in jail, some people can still think of committing crime and violence.

For example, in Edwardsville, a bond hearing for a murder defendant was ordered by a judge. 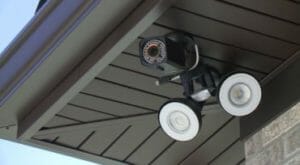 In an article by thetelegraph.com, “Eva Dean Heisch, 45, a former exotic dancer at a Washington Park club, is in the Madison County Jail in lieu of $1 million bail, accused of first-degree murder and armed robbery of a 69-year-old man.

She needed $100,000 cash to get out of jail, pending trial, but court documents state she solicited another intended victim to cash in his investments and bring $100,000 cash to the jail. He was to post the case on Dec. 8, the document states.”

More specifically, the article states that according to the court documents, “On Dec. 5, two inmates in the Madison County Jail informed deputies that Eva told them that once she bonded out she was going to marry (the victim) use his medication to overdose and then take his money. The document also states that the intended victim did, in fact, come to the jail to post her bond.”

With this, according to the article, “The Madison County State’s Attorney’s Office has filed an application for denial of bail, claiming that Heisch, of Collinsville, poses “a real and present threat to the physical safety of persons.” Prosecutors argued that no conditions of bail could reasonably assure the safety of any other person.

The State’s Attorney’s Office is asking that the bond be revoked, or that the bail be increased pending further hearing. Associate Judge Neil Schroeder ordered Heisch’s bond revoked and ordered further hearing on the matter.”

With the unpredictable nature of crime and violence in today’s society, and the increasing fearlessness of criminals whether they are in or out of jail, it is a must for both the community and the government to upgrade their efforts and their strategies in deterring crime and violence.