Supporters hug Wevo guards after the Dusit District Court release the volunteer guards on 20,000-baht bail each. They were caught after organising a prawn sale at Sanam Luang on Dec 31. (Photo by Wassayos Ngamkham)

The Dusit District Court on Saturday approved bail for 14 guards of We Volunteer (WeVo), a group of guards of the anti-government Ratsadon protests, after they were held for violating the assembling ban on Thursday.

The 14 volunteer guards, including activist Piyarat “Toto” Jongthep, were released after their lawyer placed a 20,000-baht surety for each of them.

Thy were caught while selling prawn at Sanam Luang in Bangkok on Dec 31. WeVo claimed it organised the sale to help farmers whose sales were hit after the Covid-19 outbreak in Samut Sakhon province. It also urged supporters to join a New Year countdown with them.

Members of the group and supporters arrived in front of the court on Saturday to give their moral support to the 14 WeVo guards. They formed a line to welcome the 14 volunteer guards with music playing.

Mr Piyarat and the other 13 guards flashed a three-finger salute when emerging from the courtroom and were greeted by their supporters. 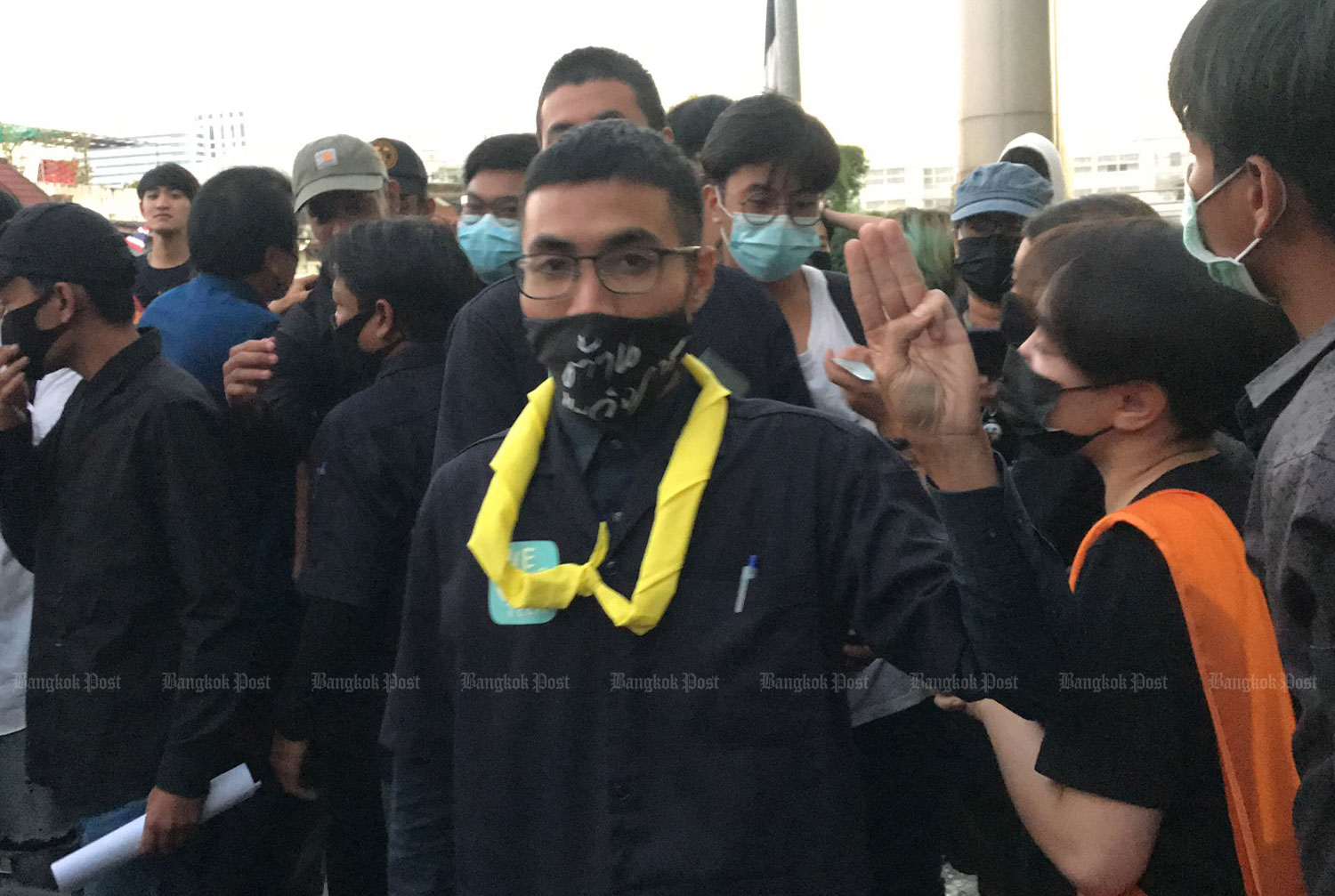 Piyarat “Toto” Jongthep, leader of the WeVo volunteer guard group, flashes a three-finger salute after he and 13 other group members are released by the Dusit District Court on Saturday.(Photo by Wassayos Ngamkham)

Umar Khalid gets bail in a riots case, to stay in jail

Letter to the editor: A pass to bail out a bad investment | Letters